During the Third Reich, the National Socialist Party carried out the systematic mass murder of all groups of people who were classified by the party as “inferior.” Jews, Gypsies, Jehovah’s Witnesses, handicapped persons, and political opponents were among these minority groups that the Nazi Regime attempted to exterminate. With the Second World War, Adolf Hitler sought to restructure Europeand to ultimately create a new European order. Under this new order, Hitler envisioned more land area or “living room” in Eastern Europe for the next generation of the German people to benefit from. Hitler went about manufacturing this new European order by asserting his claims to dictatorial rule in Eastern Europe (1). Austria, as a state, was admittedly a victim of the German Nazi Regime. A wide portion of Austria’s population, however, contributed to the Nazi system or remained complacent with the arrangement under the regime. Only a small minority of the population including critics, political opponents, and freedom fighters resisted the Third Reich.

The War Crimes Act (Constitutional Law of June 26, 1945) “introduced a number of offenses that were either formerly nonexistent in the Austrian judicial code (such as the violation of human dignity or denunciation) or had to be negotiated in their qualification of actions as ‘Nazi Crimes’” (2).

From 1945 to 1955, the Judicial People’s Courts were formed. In August 1945, “the Vienna Court of Appeal was established for the Soviet zone of occupation and from the beginning of 1946, the Regional Courts of Graz (for the British occupation zone), Linz (for the U.S. occupation zone) and Innsbruck (for the French occupation zone) were established, each with their own Senate seat on each of the Courts of Appeal” (3). The legal principles of the denazification process were previously established by the aforementioned Prohibition Act and the War Crimes Act. “Between 1945 and 1955, a total of 139,829 cases were brought to the judicial parliamentary investigations regarding suspected Nazi crimes or ‘illegal’ activities. Such illegal activities included membership in the Nazi party at the time of it s prohibition in Austria from 1933 to 1938. In all, 23,477 sentences were passed, of which there were 13,607 convictions” (4).

In 1946, a total of 536,660 people were registered inAustriaas Nazis. 18.3 percent of these individuals were “illegal party-goers”, or people who had belonged to the NSDAP even before the “Anschluss” in 1938, a time when the party was prohibited in Austria (5). Because of the inconstant application of the denazification procedure and the numerous legal exemptions that occurred during the judicial dealings, the practical implementation of the denazification process in Austria was not smooth. 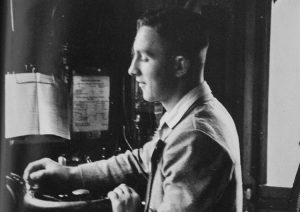